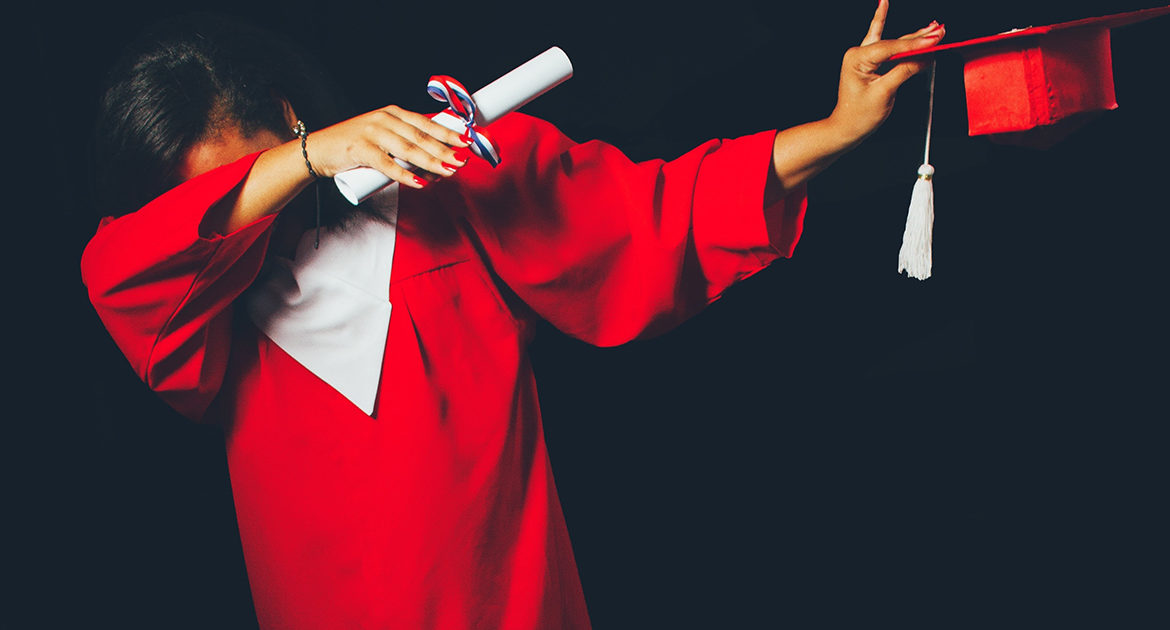 A scholarship aimed at encouraging university students to think critically about tax policy has been launched by the Tax Policy Charitable Trust.

The Robin Oliver Tax Policy Scholarship is worth $5000 and available to support one year of study for those majoring in taxation at Victoria University of Wellington or tax law at the University of Auckland.

It will be awarded annually to a student at each university.

University of Auckland students undertaking postgraduate study in tax law can apply if they are a New Zealand citizen or permanent resident and meet certain academic criteria.

Those at Victoria University must be undergraduates in at least their third year of studying taxation and a New Zealand citizen or permanent resident to be eligible.

As part of the application process, they will also have to write an essay on the challenges facing the New Zealand tax system and supply a personal statement outlining how they meet the scholarship criteria and the impact is could have on their studies.

Selection will be based on academic merit as well as the quality of their essay.

The Tax Policy Charitable Trust hopes it will support and encourage university students to strive for excellence in tax policy and discover solutions to the concerns of today and the future.

The trust was established in 2012 by generous support from Ian Kuperus and Tax Management NZ. 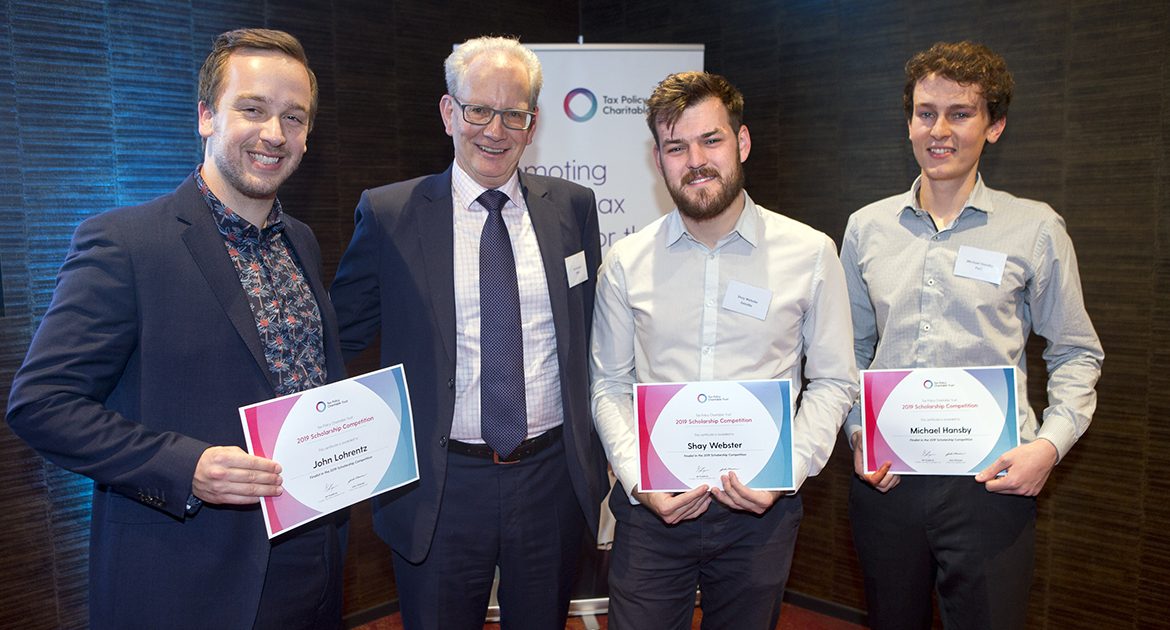 A negative income tax coupled with a flat tax rate for individuals and the creation of a trusted taxpayer regime.

These are among the ideas judges will hear as part of the Tax Policy Scholarship Competition.

A tax on biogenic methane emissions and freshwater as well as reforming the R&D tax credit regime are the others options on the table.

Spark’s Nigel Jemson, PwC’s Michael Hansby, and the Deloitte duo of John Lohrentz and Shay Webster are this year’s finalists. 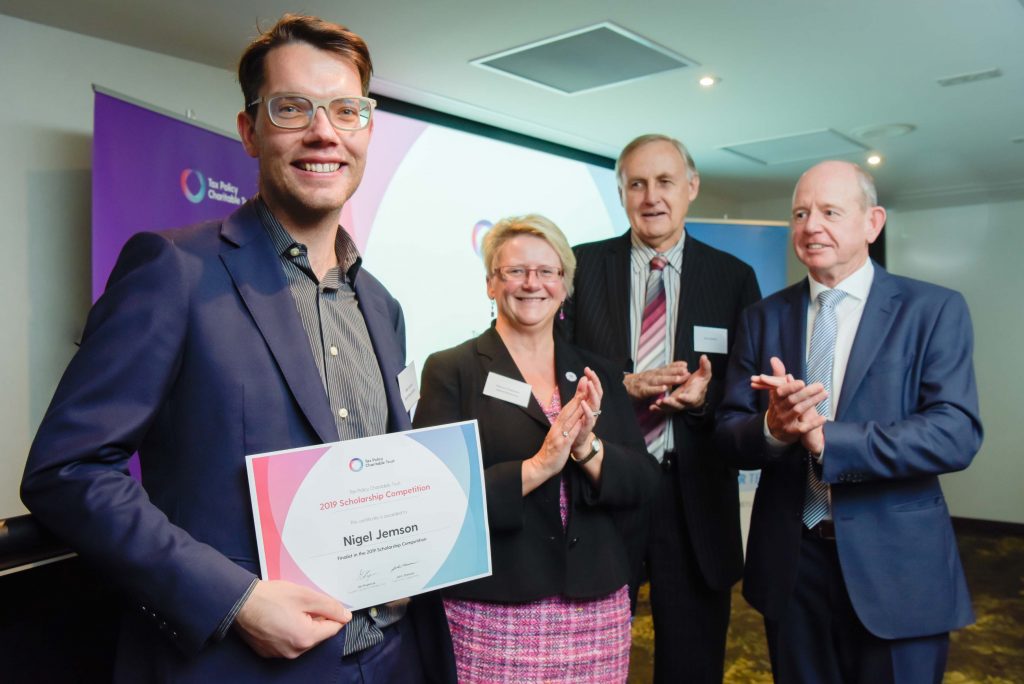 The ideas of the quartet

Jemson is pushing for the creation of a trusted taxpayer regime.

This will see businesses receive a 10 percent discounted tax rate by opting to regularly report financial information to IRD.

Anyone part of the scheme for three years or more will also have their annual tax return requirement removed.

A small business would be eligible for the scheme if they are using the accounting income method to pay provisional tax and operating a “predominantly cash-free” business.

As for Webster, he favours using tax to create a broad, universal welfare system to tackle inequality, reduce the cost of welfare and stimulate the economy.

Revenue from the tax would go back into agricultural. That would be in the form of:

Not only that, but he also promotes a 40 percent R&D tax credit. This would be for taxpayers undertaking a core R&D activity that fosters ‘natural capital’ in New Zealand’s agriculture sector.

Additionally, they will retain 50 percent of the revenue the tax generates as part of this proposal.

While each council will be able to determine the tax rate, he suggests a base tax rate of two cents per thousand litres.

The next stage of the Tax Policy Scholarship Competition

The finalist will present to the judges in Wellington in November.

Shewan says their proposals have the potential to make a difference to New Zealand society.

Still, the judges will be considering other factors when making their final assessment. That’s because these ideas may also place additional pressure on the tax system or have unintentional consequences.

“The judging panel will be looking closely at issues such as complexity, economic impact, the potential for distortions and technical feasibility in judging the final submissions,” says Shewan.

Every two years, the Tax Policy Charitable Trust invites young tax professionals with an interest in tax policy to make a submission.

Submissions for the Tax Policy Scholarship Competition must outline a significant reform to the New Zealand tax system.

It is open to those under the age of 35 working (or eligible to work) in New Zealand. Those in the public and private sector or academia can enter.

There were 14 entries this year.

“Several submissions focused on the use of tax to achieve social and environmental outcomes, and to incentivise taxpayers to behave in particular ways,” says Shewan.

Previous winners include Matt Woolley and Talia Smart (both 2017) and Caleb McConnell (2015).

Last year, it held an event with Sir Michael Cullen and other Tax Working Group members after the release of its draft report. 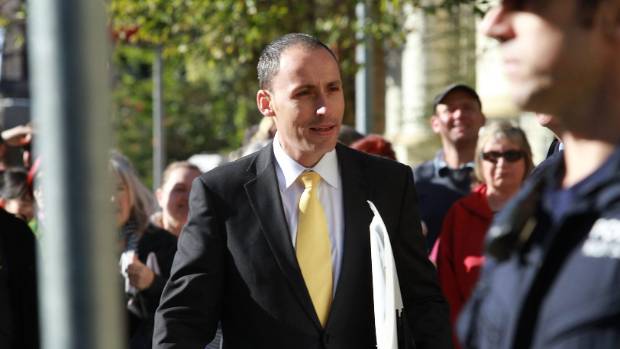 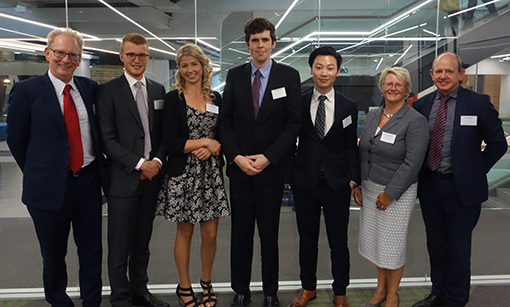 The pair impressed the heavyweight judging panel while presenting their respective proposals at Wellington’s Victoria University, receiving $7000 each for their efforts.

Woolley discussed a fully integrated tax system that attributes all company income to shareholders. Under that approach, businesses would pay tax on behalf of shareholders based on their marginal rates.

The other finalists were Chris Park (KPMG) and Nicholas Coyle (IRD).

Park’s proposal revisited the idea of a land tax, while Coyle’s presentation reconsidered the claw back of interest deductions. Both received $1000.

Tax professionals under the age of 35 were invited by the TPSCT to submit proposals that outlined a significant reform of the tax system. Twenty-five entries were received.

The TPSCT was established in 2012 by Tax Management NZ and its founder Ian Kuperus to inspire the next generation of leaders in New Zealand tax policy and administration. 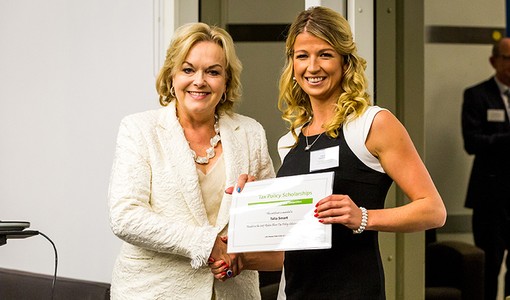 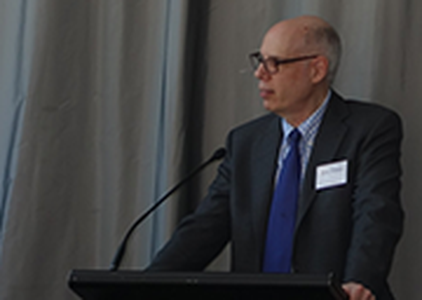 As outlandish as these might sound, these taxes did exist at one point and were discussed recently by Robin Oliver Tax Policy Scholarships visiting lecturer and Professor of Business Economics and Public Policy at the University of Michigan’s Ross School of Business Joel Slemrod at a luncheon with a group of leading New Zealand tax professionals in Auckland.

The event, which was held at the Northern Club, was organised by the Tax Policy Scholarship Committee (TPSC).

Mr Slemrod – who was dubbed ‘The Rolling Stones’ of the tax world – talked about how farfetched taxes of the past provided lessons for tax policy today, especially how tax policy settings can drive certain behaviours.

The idea of his presentation was to highlight how the basic principles of taxation are hard to see when people are familiar with taxes or they are distracted by political rhetoric.

Attendees found his presentation to be entertaining and informative.

Mr Slemrod also spoke at Wellington’s Victoria University and the IFA Conference in Queenstown, and met with officials from Inland Revenue, Treasury and the minsters of finance and revenue during his visit to New Zealand.

The trust sponsors a leading international tax policy thinker to visit New Zealand to engage in debate and discussion, and a New Zealand tax professional to undertake research and study overseas.